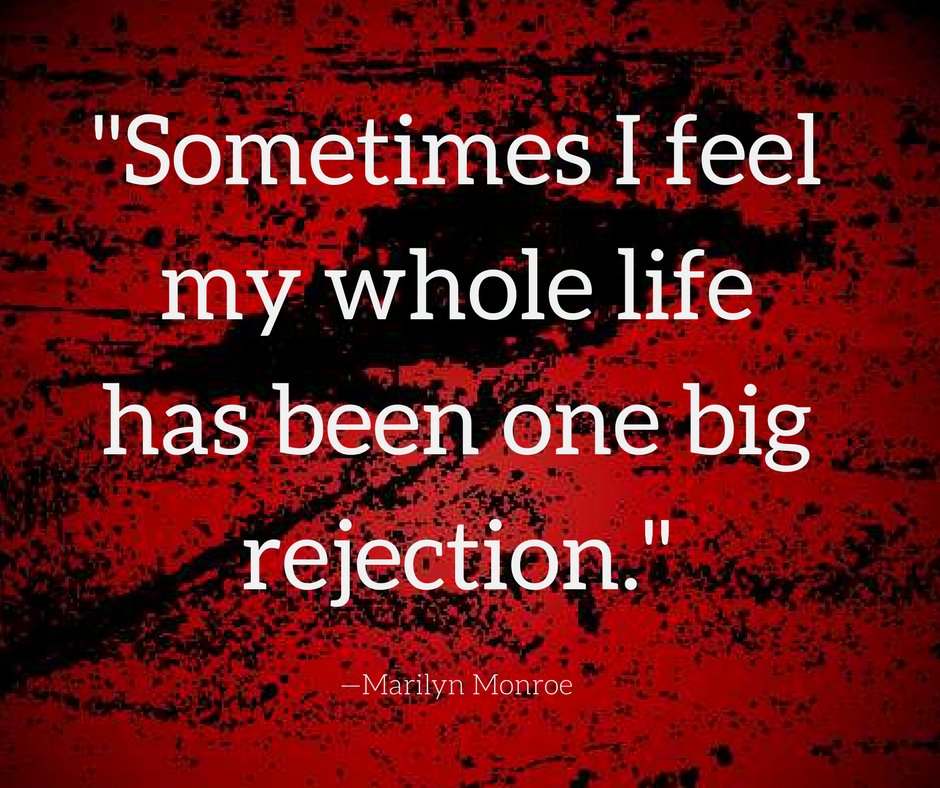 I don’t believe in rejection.

Don’t get my wrong, I’ve experienced what most people think of as “rejection.” Not getting the job, the opportunity, or the guy. In fact, my high school sweetheart unceremoniously ended our 6-year relationship—and our engagement—over the phone. Ouch.

But I don’t see it as a rejection.

Rejection is defined as:

The dismissing or refusing of a proposal, idea, etc., or the spurning of a person’s affections.

The first part of this definition is easy enough to stomach, but the second part—spurning someone’s affection—gets to the heart of why the thought of rejection is such a potent negative experience for most people. To spurn is to:

Reject with disdain or contempt.

Dismiss as inadequate, inappropriate, or not to one’s taste.

When a person says they were “rejected,” what they usually mean is that they were inadequate, inappropriate, or were an object of disdain or contempt because of another person’s “no.”

But is that really the case? If you ask a person to dance with you, to go out on a date, or to marry you and they say no, does it mean you are inadequate? Not a bit.

If I don’t book a job, I like to see it not as a rejection but as a redirection to something different.

In the mid-1980s I dated a nice man who had a lot going for him. He was successful, kind, funny, and generous. So generous that one of the reasons I ended our relationship when I did was because he was getting into serious negotiations to buy a house that he wanted us to live in together—after we got married. I didn’t want him to buy the house believing that I was going to live with, or marry, him.

Although I liked him as a person, I didn’t feel the kind of attraction to him that I wanted to feel toward someone with whom I would choose to be in a long-term committed relationship. So I ended the relationship.

Did I reject him? He would probably say yes. But I believe that seeing another person’s choices or decisions as being about our own inadequacies or deficiencies is actually self-centered—and just plain wrong. Not to mention the painful, stressful feelings that come with the thought: “She rejected me.”

There was nothing wrong with him. He was not defective. In fact, he was married within two years to someone else.

I wanted a different partner. And that was about me. Who else could it be about?

I believe that rejection is a blessing because it’s the universe’s way of telling you that there’s something better out there.

When someone “rejects” us what they are saying is that in the moment they want something different. They want to make a different choice.

Rejecting rejection means that you realize that what other people do is about them—their own sensibilities, preferences, choices, and many other factors you will probably never know. In fact, some people “reject” others because they feel so unworthy that they can’t allow themselves to accept the other person’s attention or affection. Should the other personal feel “rejected?” Of course not.

When you believe that another person’s choice is about you or that if you were somehow different or better they would want to be with you or accept you, you turn yourself into a quantifiable, commodified object, and you live under the false belief that what other people do is about you, rather than about them. And those thoughts will cause you to suffer.

People make choices and do what they do for their own reasons. Reject rejection, and be free.

© Vicki Tidwell Palmer, LCSW (2018)
Survival Strategies for Betrayed Partners blog articles are protected by U.S. copyright laws, and may not be reproduced, distributed, or re-published without written permission of the author.