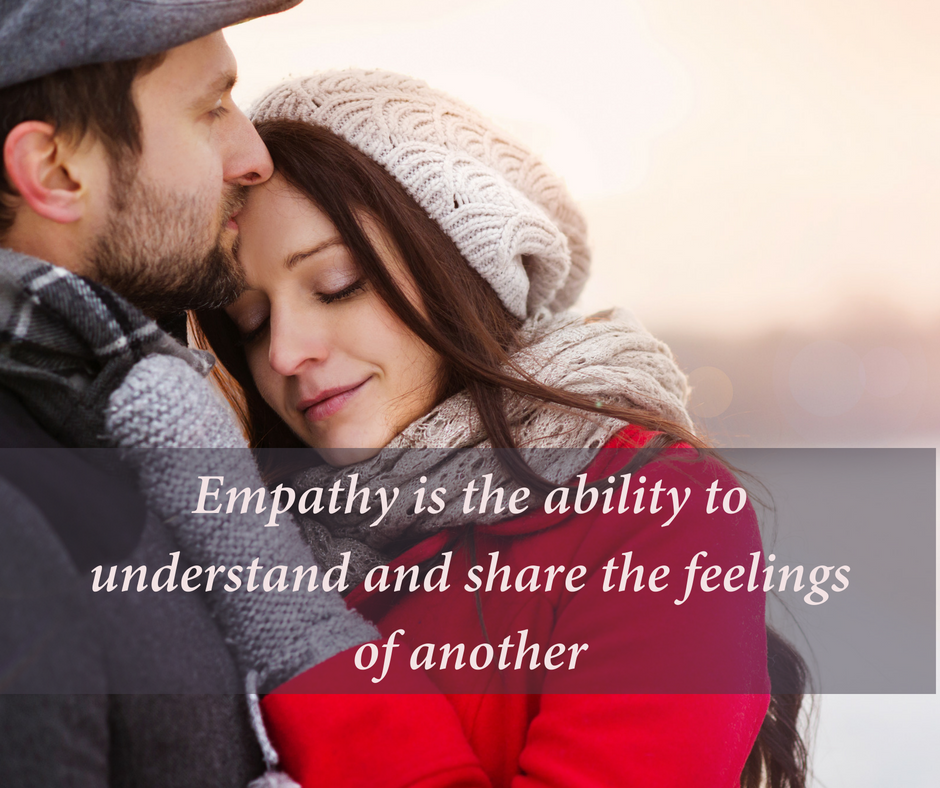 I heard a beautiful story the other day that reminded me of the power of empathy in relationships impacted by sex addiction.

An addict with several years of sobriety—in recovery for more than 10 years—came home from his weekly meeting with his sponsor. He’s been working through the 12 steps again, and was finishing his work on Step 9—Made direct amends to such people wherever possible except when to do so would injure them or others.

His sponsor told him that sometimes we hurt people but we have no idea because the person we hurt doesn’t tell us. The addict thought about it and asked his partner this question:

Is there anything I’ve done in the past that caused harm to you that I might not be aware of?

As you might imagine, this became one of those deeply healing moments between a sex addict and his partner when she knows that his recovery is real. She knows because he is accountable, vulnerable, and empathic.

One of the most consistent complaints I hear from partners of sex addicts is that the sex addict in their life lacks empathy.

Empathy is defined as:

“the ability to understand and share the feelings of another”

There are several reasons addicts—especially those who are newly sober or in the first year of recovery—struggle with empathy.

An addict’s capacity for feeling and emotion is typically blunted or inaccessible. Addictive behaviors temporarily help addicts manage their emotions, numb out, or protect them from pain, fear, and shame.

In early recovery, addicts wage a fierce internal battle to stop a behavior or substance they’ve used for years—perhaps decades. Because much of their energy is being channeled toward recovery work, there is little additional energy or internal space for addicts to take in the feelings or reality of other people—even those closest to them. It doesn’t mean addicts don’t love their partners. It just means that addiction is powerful and consuming.

Another reason addicts struggle with empathy is that addiction is a one-person system. The hallmarks of addiction are secrecy, isolation, preoccupation, and unmanageability. Whether it’s food, sex, gambling, or a substance—the addictive substance or behavior is an addict’s Higher Power and his God.

Lastly, addicts lack access to their own empathy because they’re protecting themselves from their own shame. In other words, if they allow themselves to think about and reflect on the pain they’ve caused their partner (or others), they fear they will be overwhelmed and debilitated by their shame.

Five ways addicts can improve their capacity for empathy:

Shame is one of the biggest barriers to empathy. Feeling shame and remorse about your past behavior is healthy, but the kind of shame that tells you you’re worth-less or defective is toxic shame. And this is the shame you need to release.

Find ways to release and reduce shame. One of the most powerful ways to reduce shame is to disclose to safe people what you feel shame about. Often, just the simple act of telling another person the truth about yourself and what you’ve done can be liberating and empowering.

Participation in communities of support like 12-step meetings helps addicts increase their capacity for empathy. The emotional stakes are low—and the nervous system is calmer—when listening to people with whom you’re not in a long-term committed relationship. It is often much easier for addicts to listen to and empathize with other addicts, or the other addict’s partner, as they listen to their experiences and challenges.

Couples recovery or therapy groups are also highly effective in increasing empathy because the addict has an opportunity to hear directly from other partners who’ve had experiences similar to—or even identical with—his partner. Again, because there is no emotional investment or concern over losing his relationship, addicts are better able to take in the reality of the other partner.

In fact, partners of sex addicts have the same experience when participating in “S” couples recovery or therapy groups—meaning they’re able to understand the addict’s recovery in a new way, or even empathize with his struggles through hearing the stories of other addicts in the room.

While it may be frustrating for partners that the addict is more receptive to what another partner said rather than to what she said, it is very common for people in general to have less difficulty taking in challenging or even painful information from someone they’re not emotionally attached to.

Empathy is the ability to put yourself in another’s shoes and imagine how they might feel. Make a practice of asking yourself how you would feel if you were having the same experience as another person or if you were in their situation. Consider how it might feel to be a member of a different ethnic group, gender, religion, race, or skin color than you. When doing an exercise like this, it’s easier to start with someone you know casually but have little, or no, tension or conflict with—then build your way up to people you are closer to.

Nonverbal cues or body language are often a more accurate and revealing picture of what’s happening with another person than the words spoken.

A person’s body language says a lot about their internal state. When people feel shame they often lower their head or cover their face. When sad, they may appear hunched over or closed off.  When someone feels confident they’re usually sitting or standing more upright and have an alert, positive expression on their face. Begin noticing people’s body language as a way of understanding their internal emotional state.

Want to learn more about empathy and take a quiz to see how empathic you are? Read Roman Krznaric’s article, Six Habits of Highly Empathic People, here. Mr. Krznaric is is a founding faculty member of The School of Life in London and an empathy advisor to organizations including Oxfam and the United Nations.