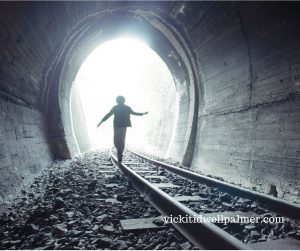 Last week one of my clients, who immigrated to the U.S. from W. Africa as a pre-teen, told me that after the recent U.S. Presidential election she was worried about what it was going to be like for her as a black woman. She wondered if white people would routinely start calling her Nigger.

A few days after the election she went to a professional workshop in another city in Texas that isn’t as racially diverse as Houston.* While she was there she had several encounters with white people who seemed to go out of their way to be kind to her.

A few days later, she went to a yoga class. At the end of the class the instructor silently walked over to her yoga mat, picked up her yoga props—blocks and strap—and returned them to where they’re stored in the studio. She said all these experiences combined made her think, “It’s going to be okay.”

Next week I’ll be facilitating my 27th Reclaiming Wholeness Family of Origin Trauma Intensive. Childhood trauma haunts us in our adult life because our caregivers pass down to us their legacy of distorted thinking, toxic beliefs, and their dysfunctional—sometimes addictive—behavior.

One of the consequences of trauma is that we get conditioned to these old, toxic ways of seeing and being in the world. We naturally align with what is familiar—even when it’s dysfunctional or abusive. We’re fearful or wary of what is different or un-like us.

“Fear and hatred of strangers or foreigners or of anything that is strange or foreign” is the dictionary definition of xenophobia. And, sadly, humans are predisposed to xenophobic views and behavior.

When a person is infected by xenophobia—consciously or unconsciously—they find ways to justify, support, and defend their irrational views. Their words and behavior are riddled with entitlement and contempt of others. And it looks a lot like active addiction.

Consider this—has the sex addict in your life:

If you’re a partner of sex addict, you’ve seen the sex addict in your life do one—or several—of these.

And each of them exactly describes the behavior of the next U.S. President.

Psychotherapists and mental health professionals have historically been neutral when it comes to matters of religion and politics. I’ve often said that my office is Switzerland—meaning that when it comes to politics, religion, spirituality, or other matters involving a person’s value system, I’m neutral. In fact, I often use what I know of a client’s spiritual, religious, or other values to help them achieve their goals and dreams, even when their beliefs don’t align with my own.

The two driving forces in my life have been the empowerment of women and the elimination of—and healing from—racism.

As an undergraduate student at the University of Houston, I minored in African American Studies as a white woman. I had the privilege of experiencing what it feels like to be a minority in a classroom of passionate—and often angry—African American students who were justifiably outraged by historical racism, injustice, and unconscious white privilege.

In my mid-twenties I worked in a battered women’s shelter, and later as a graduate student I interned at a South Asian non-profit agency working with victims of sex-trafficking and domestic violence.

After graduate school, I established a fellowship for graduate students at the University of Houston’s Graduate College of Social Work for students who “demonstrate deep interest in social justice issues including, but not limited to, the empowerment of women and the elimination of racism and its consequences.”

In my mid-30s, my husband and I adopted a son from S. Korea—one of the most enriching experiences of my life, and one that has forever changed me and the way I see the world.

I can no longer comfortably hide behind a veil of neutrality at this historic moment. The U.S. President-elect has promoted a culture where sexual assault of women is a joke, and where the rights of ethnic and religious minorities are endangered. His character and his relentless public hostility toward those he disagrees with—or those who disagree with him—is contrary to everything I stand for as a therapist and as a human being.

It’s easy to hate The Other or to demonize the opponent. It’s also much too easy to remain mindlessly loyal to a family or a political party even when that loyalty means sacrificing your own personal values.

Now is the time to be for something.

What are you for?

Whatever it is, devote yourself to it and stand for it in the most respectful way you can.

*To get a taste of the beautiful diversity of Houston, Texas, watch Anthony Bourdain’s Parts Unknown – Houston here.

All submitted comments are subject to editing to protect confidentiality and maintain anonymity.