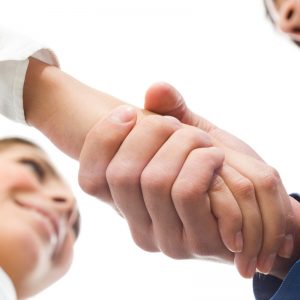 Expectation:
A strong belief that something will happen or be the case in the future

Contract:
A written or spoken agreement

Knowing the difference between expectations and contracts is essential for good boundary work.

People often make the mistake of believing they have a contract (or agreement) with someone when in reality they’ve created an expectation of what the other person will or won’t do.

If a friend says she plans to go to a music festival next Friday night and you decide to go, you might expect to see her there. If she’s not there, you may be disappointed because you would have liked to see her. However, since she didn’t make a commitment (agreement/contract) to you directly, the fact that she didn’t go to the festival isn’t a broken agreement.

On the other hand, if your friend says, “I’m going to the music festival Friday night. Would you like to meet me there at 8:00 p.m.?” and you agree to meet her, the two of you have an agreement, or contract. If either of you don’t show up, the contract was broken and a boundary violation occurred.

If an expectation is based on a commitment another person made to do something for us or with us, then it’s a contract.

For example, if the sex addict says he will call you if he’s going to be more than 15 minutes late coming home from work, he has a contract with you.

If you believe you have a contract (agreement) with the sex addict, but it’s only an expectation, you will feel angry, let down, and disappointed when he/she doesn’t do what you expected.

The problem isn’t that the addict didn’t do what you wanted or expected. The problem lies with your misunderstanding of the difference between contracts and expectations.

When you make a request of another person, you don’t have a contract or agreement unless you get a direct, affirmative response.

One of the best ways to make an agreement or create a contract with your sex addict partner is to make requests. Requests take vulnerability and courage. You’re taking a risk in asking for what you want, and you’re also taking the risk that you may not get what you request.

Requests for trust-building behaviors are the foundation for repairing your relationship.

I encourage you to identify your specific needs around rebuilding trust. Then, make requests directly to the sex addict rather than merely hoping, wishing, and praying for a particular outcome. If the sex addict agrees to your requests, you have a contract. (In future posts, I’ll outline the steps for creating and making effective requests.)

Understanding the difference between expectations and contracts will help you identify broken agreements, boundary violations, and avoid misunderstandings and unnecessary pain.

If you’ve ever mistaken an expectation for a contract, consider turning your expectation into a request.

*All submitted comments are subject to editing to protect confidentiality and maintain anonymity.