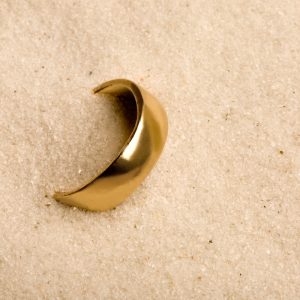 There are generally two ways partners find out about the addict’s behaviors – either through discovery or disclosure. Discovery happens when:

Disclosure is when your partner tells you directly about his behaviors. Although disclosure is preferable to discovery, sexual acting out is rarely revealed through disclosure and when it is, the disclosure is almost always incomplete, piecemeal, or just the tip of the iceberg. (Read more about formal therapeutic disclosure here.)

If you’ve recently discovered that your partner has been sexually acting out, it is important for you to begin practicing the kind of self-care I talked about in my post self-care: your foundation for healing.

You will most likely be highly preoccupied with gathering as much information about the sex addict’s behaviors as you can. It’s not uncommon for partners to spend hours a day combing through phone records, email accounts, bank records, or credit card bills in an attempt to make sense of the devastating news they’re struggling to digest and comprehend.

Immediately after discovery, these kinds of information-seeking activities are expected and normal. Partners may feel as though the ground beneath them has literally dropped out from under them. They are trying to make sense of their world and re-establish their personal safety which has been shattered by betrayal.

In the months following discovery it is common for partners to feel exposed and raw. They often feel assaulted by images on billboards, TV, and magazine covers. They believe (mistakenly) that they are somehow responsible for what their partner has done.

“If I had only been different or better in some way the sex addict wouldn’t have strayed.”

The presence of the sex addict may become a powerful, negative trigger. You may experience intrusive thoughts and images of the sex addict acting out. The person you most relied on for comfort and support now feels like the enemy.

In these early days it is vitally important for you to arm yourself with knowledge and find a community of support.

One of the painful realities of the early discovery phase is that your partner is the person least capable of supporting you and validating your reality. The sooner you connect a knowledgeable and supportive community, the better you’ll feel. See my resources page for a list of options.

Even if your partner has disclosed his sexual acting out behaviors to you, it is likely you don’t have complete information. It is not uncommon for partners to receive a disclosure from the sex addict which he claims to be “everything” he’s done, only to reveal more details a few days later. This kind of disclosure, sometimes referred to as “staggered disclosure,” is a devastating experience for partners. If it happens repeatedly, partners won’t be able to believe anything the sex addict tells them and rightly so.

Most partners are quite clear that what has been most painful to them is not the specific behaviors the sex addict engaged in when acting out, but the dishonesty and deception. For addicts, learning to tell the truth is a process rather than an event – even after committing to recovery.

In early discovery or disclosure your relationship is in crisis. The best course of action is to seek help rather than going it alone. There are well-established guidelines and support for couples navigating this very painful period that can reduce some of the trauma inherent in the disclosure process.