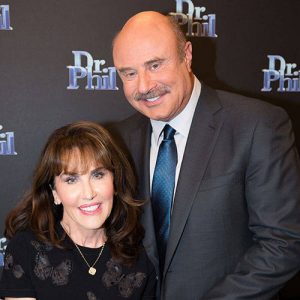 Have you ever heard something—especially gossip—believed it, and then passed it on to other people as The Truth?

Most of us have, and I confess—so have I.

A couple of weeks ago in my Clear, Clean & Connected couples group, we were watching a video of a very well-known and respected couples’ therapist. He was talking about how challenging long-term relationships are, and as an aside he mentioned that even Dr. Phil had gotten a divorce.

When I heard him say Dr. Phil was divorced, I accepted it as fact because I remembered hearing the same thing awhile back—that Dr. Phil and his wife, Robin, were indeed divorced.

However, a couple of people in the group were hearing this “news” for the first time. It was so distressing that we had to pause the video to process their feelings about it. I wasn’t surprised at all because for me it was old news.

A couple of days later the topic came up in my office again, and this time I got curious to find out if what I had assumed to be true actually was.

So I consulted with Google, along with Dr. Phil’s website, and—sure enough—found out that Dr. Phil’s “divorce” from his current wife Robin was fake news. In fact, they celebrated 40 years of marriage in 2016.

How did this happen?

I couldn’t remember where I heard it, but it was so believable not only to me, but also to the couples’ therapist we were listening to, that both of us accepted it as Truth. But it wasn’t.

In my work, it’s extremely common for clients to come in having feelings—sometimes intense—about something that another person told them that someone else said. For example, a partner may tell me that the addict told her that his therapist—or sponsor—said something that she accepts as The Truth, even when the info seems suspect or even outrageous.

The problem is that when most of us hear about something that another person said or did, we accept it as truth and we don’t check it out.

We proceed as if what we heard is true with a capital T. And that can cause big problems.

You would probably have some painful feelings. But is the information true?

In cases like this it’s best to go to the source—especially when what you hear could have a significant impact on you, or you have strong feelings about it. It’s also important to be highly informed about recovery and your rights as a partner so you’ll know right away whether or not what you hear is in alignment with solid recovery practices.

Bottom line: In every situation it’s wise to verify information before passing it on, and to go straight to the source when you get confusing or distressing second-hand information.