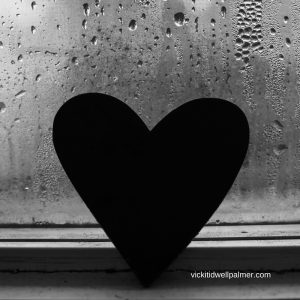 On this eve of Father’s Day 2016, I want to deliver an invitation from grace.

unmerited divine assistance given humans for their regeneration or sanctification

Have you ever been the recipient of grace? Have you received blessings, advantage, or favor even when you didn’t “deserve” it?

You can probably guess where I’m headed.

You may be so angry, so hurt, so devastated, that the thought of showing grace to someone who betrayed you makes you want to hurl your phone or laptop across the room.

That’s okay. I honor exactly where you are at exactly this moment. No need to read further.

If you’re still here, I’d like you to consider how you might show some grace tomorrow on Father’s Day if your partner is also the father of your children, or has children of his own.

I don’t expect or encourage partners to be cheerleaders for the person who betrayed them, or to be inauthentic or fake. But are there times when you feel genuine appreciation, warmth, or even attraction for him and you don’t tell him? Probably.

Many partners consciously choose to withhold genuine feelings of gratitude toward the addict as a form of punishment. While I understand it, I also believe it’s a deep loss for her, her partner, and their relationship.

Let tomorrow be the day. It could be as simple as “thanks for taking the garbage cans out to the curb every Tuesday morning before you leave for work.” Or it may be sincere gratitude for all the 12-step meetings, therapy sessions, and acts of contrition and repair your partner’s been engaged in. Whatever the case may be, my challenge to you is to Speak It.

In Chapter 11 of my book Moving Beyond Betrayal: The 5-Step Boundary Solution for Partners of Sex Addicts (“Partners Beyond Betrayal: Trust, Gratitude, and Forgiveness”), I share the stories of four women who transcended deep pain, loss, and betrayal to create a life of meaning and purpose.

If you could use some inspiration, here are their stories:

I don’t know about you, but when I read about the tenacity, courage, and resilience of these women, I feel inspired and elevated.

So here’s my challenge to you tomorrow:

If you can find it in your heart to offer one—just one—appreciation for your sex addict partner tomorrow on Father’s Day I hope you will. And if you do, make it as clean as you can.

It can be scary and painful to open your heart again. But if you feel up to it, offer your partner some grace tomorrow.

All submitted comments are subject to editing to protect confidentiality and maintain anonymity.