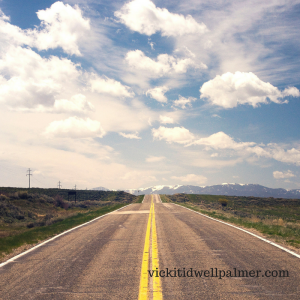 Let’s face it we’re all fallible. Sooner or later, we’re going to let someone down, fail to follow through, say one thing and do another, or just not show up.

And that being the case, there’s one skill we all need when we’re simply human—and that’s accountability.

the quality or state of being accountable; especially:  an obligation or willingness to accept responsibility or to account for one’s actions

There is hardly a more endearing quality in a relationship than accountability. The willingness to accept responsibility for one’s actions is the key quality that heals, repairs, and—in relationships impacted by chronic betrayal—can literally save a relationship.

They have the ability to take in or receive another person’s reality or experience.

If you can’t hear another person or imagine what they’re experiencing, you won’t be able to move into accountability. When you listen and take in another person’s reality—to the best of your ability—from a place of curiosity and minimal defensiveness, you’re in a much better place to be accountable.

Most of us spend our time listening formulating our defense or cataloguing everything the speaker is saying that we disagree with. This won’t help you with accountability.

And if you find yourself doing a “Yes, but . . . ” as your first response, that’s a sign that you’re more focused on your perspective than the other person’s.

The ability to receive another person’s reality rests on having minimal levels of internal shame. People who are overwhelmed by shame—especially the toxic shame that tells you you’re worthless and defective—will have great difficulty with receiving other’s reality and being accountable.

People who’ve nailed accountability have the ability to bring up an issue before the other person has a chance to say, “that didn’t work for me,” or “I was really upset about . . . . .”

Because they’re open to knowing the impact their behavior has on others, they’re in a better place to identify when they were either unconscious, boundary-less, or worse—offensive or abusive.

This is not about codependency or people-pleasing. It’s the practice of noticing when you feel discomfort about something you did or said, and—at a minimum—checking it out with the other person, or apologizing if what you did or said was offensive in any way.

Highly accountable people have the ability to tell the truth without minimizing, rationalizing, or otherwise attempting to diminish the impact of their behavior on others. They avoid the “yes, but . . .” as well as embellishing the facts with a lot of useless words that distract from the true message.

For example, when an addict needs to share that he/she had a slip, it is much more effective to say,

“This morning my boss was so rude in our Wednesday morning meeting and he humiliated me in front of everyone. You know, I’ve had 6 months of sobriety and I’ve been doing really well in my recovery and going to a lot of meetings. Even my sponsor, Joe, said he’s really impressed with my progress. I had this little incident this morning where I clicked on something, but I didn’t stay long and so it’s no big deal. I hope you’re not gonna give me a hard time about it.”

Highly accountable people know how to apologize for breaking a promise, an agreement, or violating a boundary. As Step 10 of the 12 Steps states “. . . and when we were wrong, promptly admitted it.”

I once had a mentor who liked to say, “It doesn’t cost anything to apologize or to say you’re sorry.” For some people an apology may cost them their pride, but at the same time it builds their humility and their acceptance of being human and fallible.

The truth is that feeling remorse for anything we’ve done that has been truly hurtful to another person is healing—to ourselves as well as the person we apologize to.

And finally, accountable people know how to offer a repair or an amends. Making amends and repairing the damage done to others is more than words or an apology. The best repairs usually involve an action of some kind, or refraining from a certain action.

When it comes to making and amends or repair, I recommend asking the other person what they would like in terms of a repair. The advantage of asking rather than trying to figure it out on your own is that you 1) save time and effort trying to read the other person’s mind or figure out what you should do, and 2) the repair or amend will be much more meaningful and powerful if it comes from the person who is receiving it.

Do you have something you need clean up and be accountable for?

Do it today—you’ll feel better.